"This promotion spotlights Joyetech's shift in focus from a place where production cost efficiency was traditionally considered more important, to design and developmental standpoint," said Jason Yao, VP of Sales and Marketing of Joyetech Group. "It symbolizes Joyetech's advancement as a global company by diversifying these top positions."

The Company's distinguished reputation as the leading manufacturer of Starter Kits has been maintained throughout the years by releasing countless successful product lines. Despite that success, Fairbanks was hired to take the Joyetech lineup even further. The promotion is an example of Joyetech's ambition to advance and surpass other Chinese companies in both design and innovation.

“I wanted to give the Joyetech brand recognition and character...If you walk into a vape store and see a Joyetech product, you should recognize it immediately." said Jonathan Fairbanks.

During this time, 6 years ago, Fairbanks transitioned from traditional cigarettes to a Joyetech eRoll Starter kit in a final attempt to quit smoking. After his success in quitting cigarettes, he developed the passion to design electronic cigarettes, paying forward the gift of being a non-smoker and the respect for the Joyetech brand.

Freshly graduated, Fairbanks' first introduction into the vape industry was working as an industrial designer for Vape Revolution, which is where Fairbanks learned trends and basics of the vape Industry. Fairbanks learned of all the standardization Joyetech had created for the electronic cigarette market, such as the 510 thread and the world famous Joyetech eGo Series. Joyetech’s innovation and many new "firsts" in the electronic cigarette market, such as the: Joyetech eVic, boasting the first PC firmware connectivity, and the Joyetech Cubis Atomizer, which was the first leak less tank system. All while he designed display cases, tradeshow booths, E-liquid bottles and UI interfaces for a new PCBA. He also created a full line of vaping products which were never released nor manufactured.

Jonathan Fairbank's first project under the Joyetech Global wing is the Espion Mod, a two 18650 battery Vape which he was wholly involved in all aspect of the design.

Fairbanks describes the design of the Espion as “a homage to the longevity, strength and sophistication that Joyetech strives for.” The vertical accents lines symbolize the stability of the company that wants to ensure all the products are created with the reliability of a manufacturer with over 10 years’ experience in the industry. While the opposing textures of the device express the vision to change and innovate with the current trends of the market. This combination of design aesthetics show the passions of both company and designer, working in harmony, to ensure that everyone purchasing a Joyetech product can feel confident that they are will be enjoying a device designed and manufactured to be timeless. 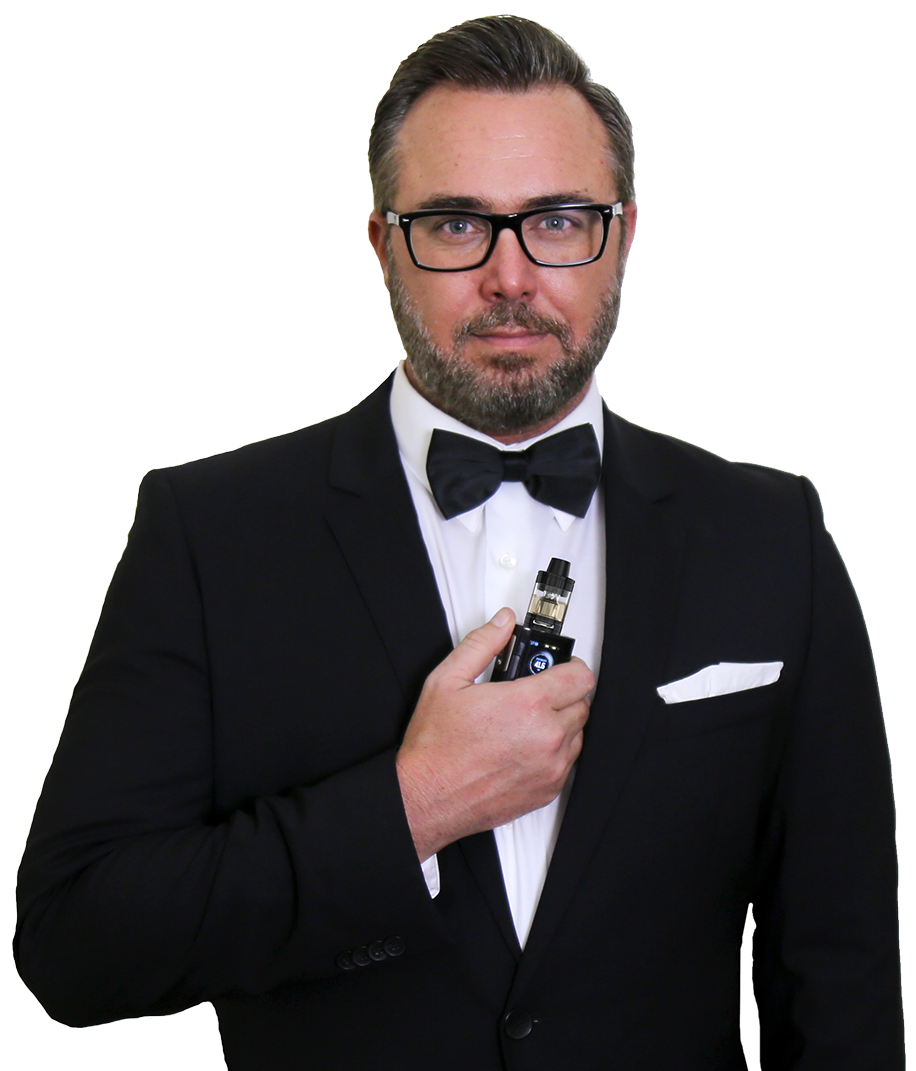